The Renault Duster was the first modern compact SUV to be built in India, sparking off the compact and crossover SUV trend in the country. Over the years, competition has spruced up in its segment as well as other segments. The Duster, in its new avatar, was launched earlier this year and remains the only compact SUV to get a four-wheel-drive option. The new Duster gets a fresher look, an updated feature list and large dabs of chrome.

World-class safety and security features ensure you are in complete control even on unfavourable terrains. State-of-the-art fea
tures like ABS, ESP
and EBD with Brake Assist keep you

in control no matter what. Dual front airbags are designed to absorb heavy impacts. The impact sensing door unlock allows a quic
k exit from the car while the speed sensitive auto door
lock intelligently locks the door. The Hill Start Assist which holds your car for 2 seconds makes for an effortless uphill driv
e on challenging terrains while the monocoque body provides
increased torsional rigidity, handling and protection. The reverse parking camera with guidelines and rapid deceleration warnin
g provides more safety. Get set for a new adventure
without thinking twice.

The engine line-up stays the same as before - a 1.5-litre diesel and a 1.6-litre petrol. The diesel is available in two configurations 84bhp and 200Nm and 108bhp and 240Nm while the petrol engine produces 102bhp and 145Nm of torque. The 84bhp diesel and the petrol engine have been mated to a five-speed manual while the 108bhp diesel has been mated to a six-speed manual gearbox. 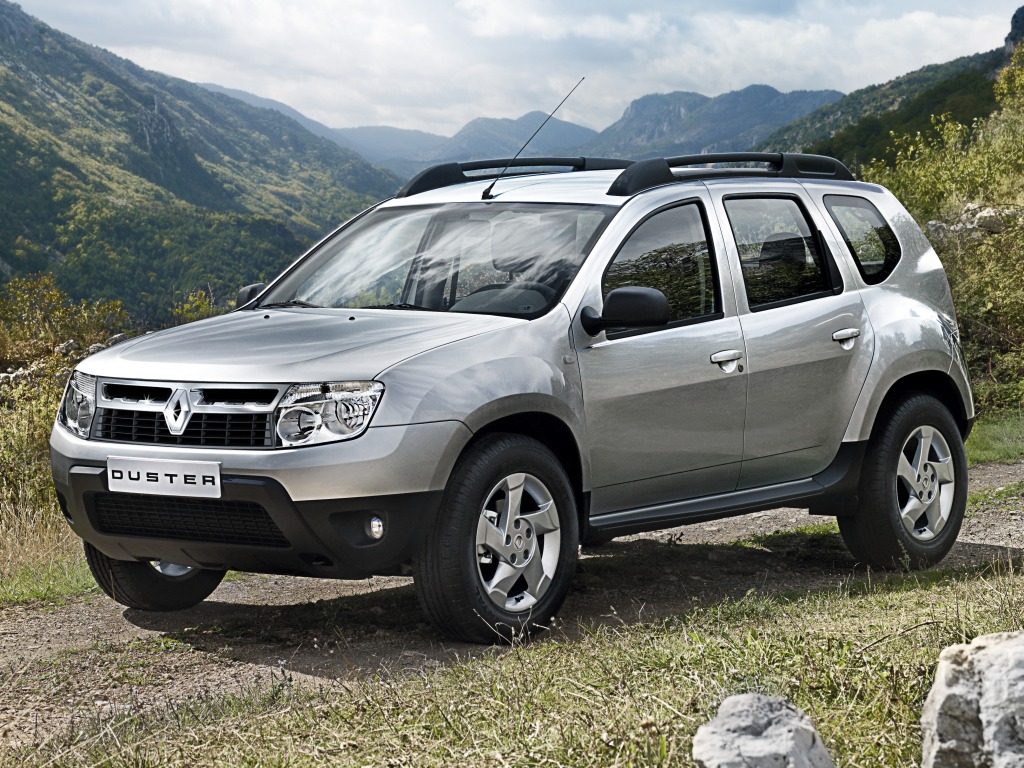 The new Renault Duster gets an updated feature list. The fully loaded RXZ variant gets a touch-screen infotainment system with steering mounted controls, cruise control, automatic climate control and a height adjustable driving seat with lumbar support. The wing mirrors are electrically adjustable but not retractable and get a reverse parking camera with guidance. Door handles and wing mirrors are body coloured for the RXL and RXS variants while the RXZ gets chrome exterior door handles. Headlamps are conventional with fog lamps being offered from the RXL variant while LED tail lamps are standard except for the diesel base variant.

On the safety front, ABS with EBD is being offered on all variants except the base diesel. While RXL and RXS get driver airbag only, the RXZ is offered with dual front airbags. ISOFIX child-seat mounting points are standard on the Duster. 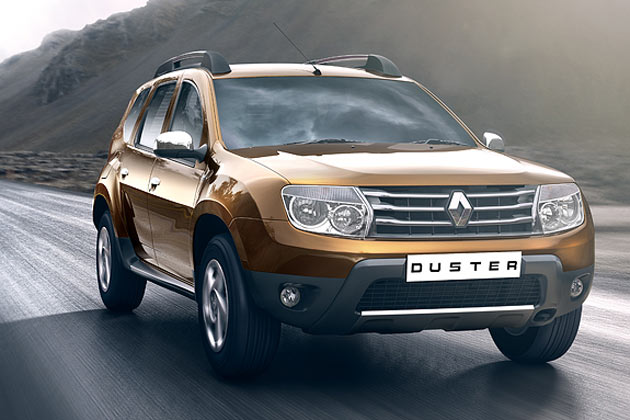 The 1461 cc Diesel - powered variant delivers a fuel economy of 17 kmpl in city and 19 kmpl on highways, while the Petrol variant offers a mileage of 11 kmpl on urban roads and 13 kmpl and freeways, respectively.

The Duster competes primarily with the Hyundai Creta, the Nissan Terrano and the Maruti Suzuki S-Cross. It has a better ride and handling package as compared to the Creta and looks its part as an SUV when compared to the S-Cross. The Creta, on the other hand, scores on interior quality, fit and finish and the features list. With the AMT being offered with the mid RXL variant, Renault has attempted to entice automatic SUV aspirants. The shift-on-fly all-wheel-drive still remains the USP along with the ride and handling for the Duster.