A bold evolution, like no other Range Rover you have ever seen before - but you can still tell it's a Range Rover. 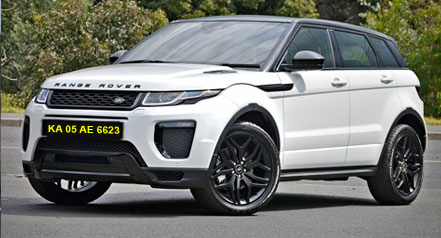 The new Evoque gets an optional Active Driveline (only on all-wheel drive variants) that helps it drive over 35kmph by means of front wheels, if any loss in grip is sensed. It’s capable to deliver an impressive on and off-road performance. The new 9-speed automatic gearbox not only makes it 10% more fuel efficient, but reduces its carbon emission as well. Both the engines are highly-refined, and help the car attain a top speed of 195kmph. It takes 8.5 seconds to achieve 0-100kmph. The NVH levels are well-controlled, but it gets slightly noisy at highways.

The 1999 cc Diesel - powered variant delivers a fuel economy of 10 kmpl in city and 12 kmpl on highways.