i10 won the coveted 'ICOTY 2008' the most trusted word on automobiles for consumers, manufacturers and Auto experts. This Award have 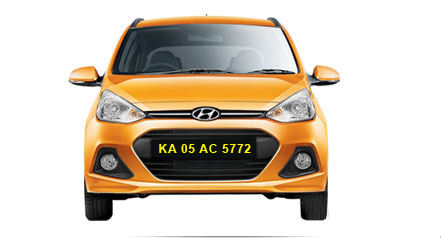 proved to be the benchmark for auto excellence in the country.

Superior Fuel Efficiency
The Next Gen i10 provides you the best of both worlds - superior mileage and optimum performance for an out of the word driving experience. The 1.1L iRDE2 engine delivers a mileage of 19.8 kmpl with low emmissions.

Stylish Exterior & Interior
From the modern and stylish exterior to premium and quality interior, i10 is a car like no other. The chrome grille portrays powerful brand presence whereas 2-tone beige and light brown interior with blue illumination imparts the Next Gen i10 a premium feel.

Hyundai had launched the i10 in 2007 and since then this hatchback has been one of the highest selling vehicles in the Korean automakers portfolio. The Grand i10 is the successor for the i10, but as the numbers have been high for i10, Hyundai continues to sell both in the Indian car market. The last update that i10 had received was in 2010 when it got a major cosmetic upgrade and at the same time a lot of new features were added to the hatchback. The engines on the i10 were updated too, as the second generation of the iRDE was being offered on the i10. What are changes on the i10 and its underpinnings.

The i10 was the first hatchback for India that looked stylish. The new hexagonal front grille does look aggressive with the hawk-eye like headlamps that make it look aggressive. The side profile is very tall boyish and the rear is simple and subtle. There are no alloy wheels on offer on the i10. There are five colour options that are available on the i10 Pure White, Silky Beige, Sleek Silver, Stardust, Wine Red.

The interiors of the Hyundai i10 still look fresh and modern. The blue-lit back instrument cluster and music system does look good. The brown-ish interior colour looks appealing and the fit and finish of the materials is good too. The i10 can seat five people in comfort and even the boot size is large enough to carry stuff in the city.

Hyundai has discontinued the 1.2-litre petrol engine on the i10, and now it is offering the hatch with only the 1.1-litre iRDE2 petrol engine. This stands for Intelligent Responsive Drive engine and it produces about 68bhp of power and the peak torque is 99Nm. This comes bolted to a five-speed manual transmission and powers the front wheels of the i10.

The Hyundai i10 has decent performance. The engine has been tuned for better city driving and this means you do not have to shift that often while driving in city. However, one needs to work hard to extract good performance from this engine. The ride is a bit stiff while the handling of the i10 is decent enough.

The Hyundai i10 has disc brakes at the front, while the rear has drums. The braking of this hatchback is good, but it doesn’t ABS even as an option feature. This is a letdown.