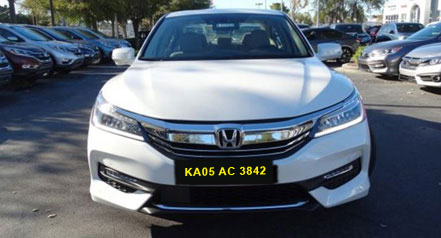 manual are standard in both the coupe and sedan; Sport models make 189 hp. A hybrid sedan gets a combined 48 mpg. A CVT is optional, as is a 278-hp 3.5-liter V-6 with a six-speed automatic; the coupe offers a six-speed manual. EX models and above feature Apple CarPlay and Android Auto, but some may find the button-less infotainment system annoying and fussy.

The Honda Accord is one of the most popular cars sold in America, and one of the best-known nameplates in automotive history. It's evolved in size and shape over the years, but its long-running qualities of space, efficiency, and safety have kept it one of the best-selling family sedans since the 1980s.

Today's Accord is available in four-door sedan and two-door coupe models, and in trim levels ranging from base LX to luxuriously outfitted Touring editions.

Honda most recently gave the Accord a full redesign for the 2013 model year, with a mild refresh of the front and rear ends for the 2016 model year.

The new Honda Accord

The Accord was completely redesigned for model year 2013, in four-door sedan and two-door coupe models. While the appearance of the current model is evolutionary, Honda introduced it with new powertrains that made substantial gains in efficiency. 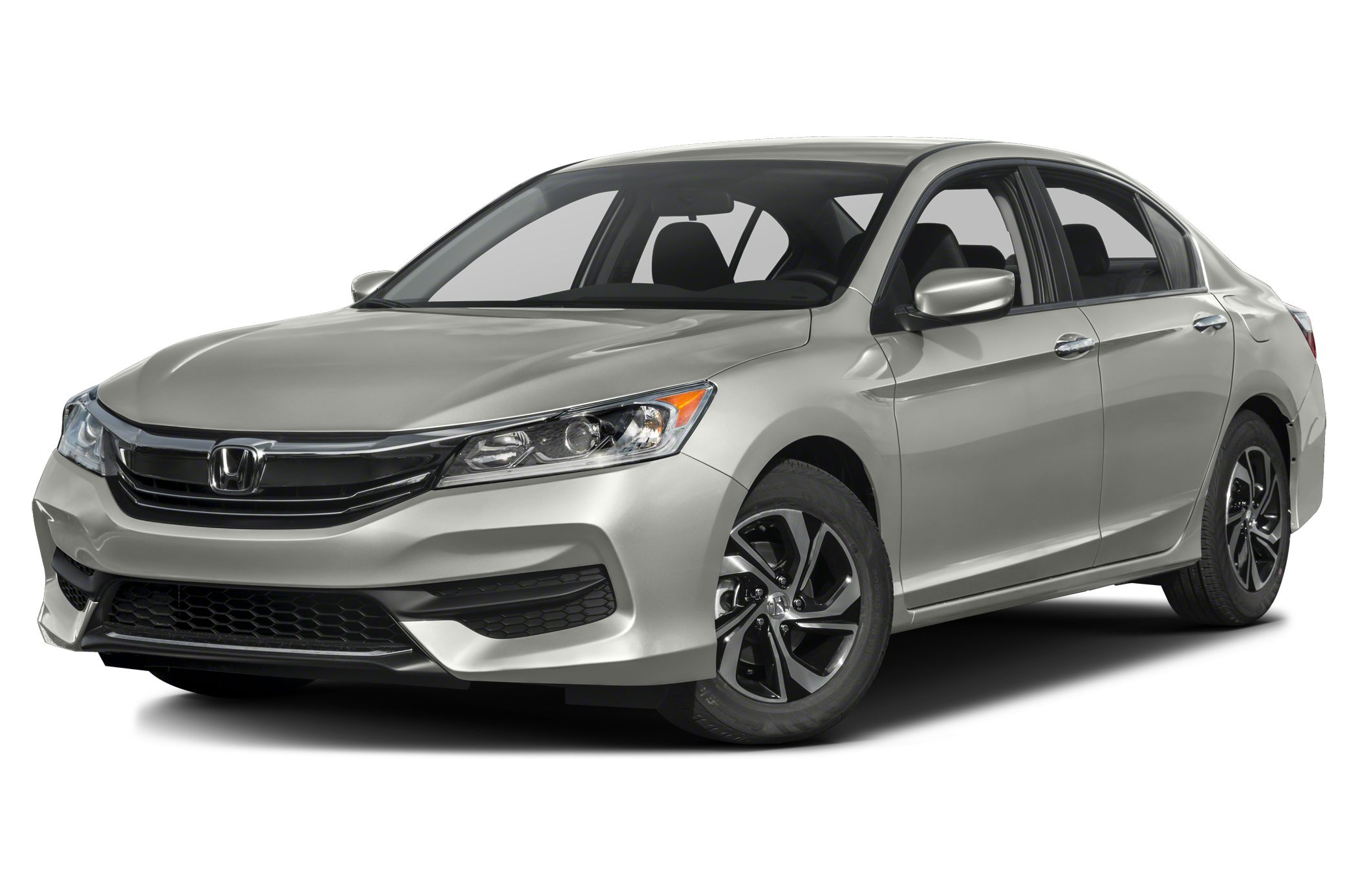 Today's Accord four-cylinder engine features direct injection technology and makes 185 horsepower (or 189 hp in Sport models). It can be paired with a 6-speed manual or an automatic continuously variable transmission (CVT). Some drivers may confuse this CVT, with its superbly linear feel, with a regular automatic transmission. Unusually for the mid-size segment, the Accord still offers a V-6 engine across the lineup. That larger engine can be coupled to a a six-speed automatic transmission or a six-speed manual gearbox in Coupes. Both engines use regular unleaded gasoline. EPA ratings with the four-cylinder and CVT are 27 mpg city, 37 highway; with the V-6 you'll get up to 21/34 mpg.

Back-seat room and trunk space are better than in the previous generation even though the new Accord is slightly shorter than the previous version. The Accord is more refined this time around too thanks to active noise cancellation on all models. The current generation gave up the old double-wishbone front-suspension layout in favor of struts.

A number of standout connectivity and safety features make the current-generation Accord appealing in a crowded marketplace. LaneWatch provides a wide-angle view from the right side mirror on the eight-inch display screen, while Forward Collision Warning, Lane Departure Warning, and adaptive cruise control are all offered on top trims. Automatic climate control and Bluetooth are standard on all models, while LED projector headlamps were introduced on top Touring Sedans. With an IIHS rating of Top Safety Pick+ (including a top, "Good" score even in the new small-overlap frontal test) and an overall five-star federal safety score, the Accord is one of the highest-ranked mid-size sedans in terms of safety. 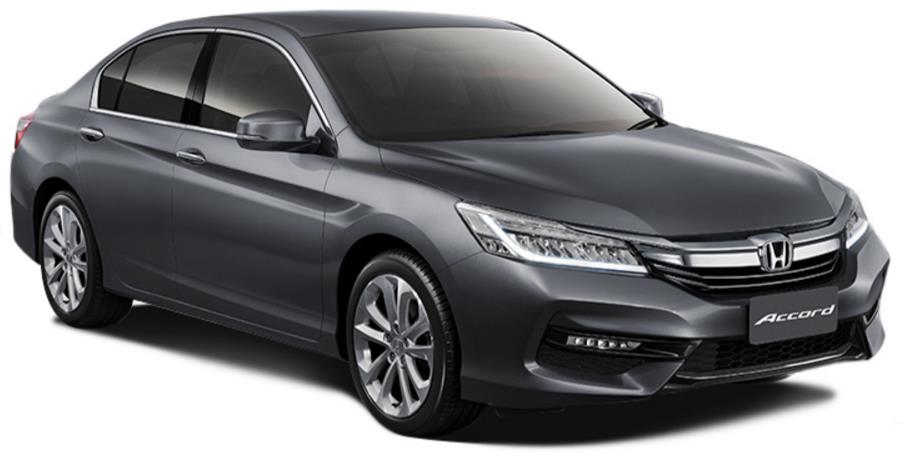 The Accord family has, over the past three decades, included coupes, sedans, hatchbacks and wagons—many of which were markedly more compact.

The Accord has been a longtime U.S. best-seller. Most U.S. versions have been assembled in Ohio since the early 1980s.

In general, Accords have always been a little sportier-feeling to drive than the Camry or most other mid-size sedans, even if their engines haven't been any more powerful. Accord interiors have also typically been a highlight for their simplicity and nice, tactile controls. Even through the late 1990s and the past decade, Accords with a four-cylinder engine were satisfying and refined—unlike some of the base fours in rival models.

Even though the Accord has been redesigned at regular intervals, its overall shape has clearly evolved. Third-generation (1986 through 1989) Accord models had hidden, flip-up headlamps and a very advanced, sophisticated appearance for their time, and they're likely to be the oldest used Accords typically available. From the 1990 model year on, the Accord broke free from its equivalent model in Japan and became significantly larger in the U.S. to address American expectations. Since then the Accord has been redesigned several more times, with the four-cylinder growing slightly, to 2.4 liters, and a V-6 joining the lineup beginning in 1995—which eventually grew to 3.0 liters.

Through the mid-1990s a wagon version of the Accord was offered, but it was eventually discontinued due to slow sales.

Honda offered the first Accord Hybrid model from 2005 through 2007. It was a somewhat unconventional approach, which used a 3.0-liter V-6 paired with the company's mild-hybrid system instead of a more modest four-cylinder. As a result, it offered sprightly performance—60 mph arrived in just 6.7 seconds. Real-world fuel mileage wasn't great, however, and it was only slightly better than the non-hybrid, V-6 Accord model. That hybrid didn't win many fans, which explains its short lifetime and the new approach Honda has taken with the latest gas-electric Accords.

The Accord grew slightly for 2008, becoming more detailed inside and out at that time and really setting a bold look. This generation of Accord offered 2.4-liter four-cylinder engines, making 177 or 190 hp, or a 3.5-liter V-6 making 271 hp, plus a long feature list and excellent safety ratings. An Accord Coupe received the same engines and features as the sedan, but with its own distinctive roofline and styling cues—especially in back.