The GLA does, however, look like someone blew a whole lot of air into the A-Class. It may not look like a proper SUV or a Crossover, but it does 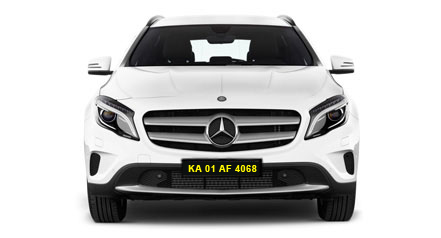 manage to look extremely aggressive and muscular - in a good way, that is. The front is marked by very conspicuous ridges on the bonnet which lend a fair amount of manliness to the GLA. The rear is what I particularly like though - of the GLA, I mean. The tail-lamps are unmistakably large and also, possibly, the main element to give a defined boldness to the car.

Inside, it's typical Merc stuff. Most of the bits in the cabin are top on quality - customarily so. However, there are a few irksome things. While the rear seats are great to hold your torso in great comfort, the under-thigh support is lacking and that can be a bit discomforting on long journeys. The rear door is designed in a strange way. Slightly taller guys would need to give their necks a bit of a workout to get in and out. I banged my head twice while getting out. I am exactly 6-feet tall. While on-topic, the space at the rear is at a premium too. There was barely enough knee room left for me if I adjusted the driving seat to my driving position. And the protruding arm-rest in the centre, and the 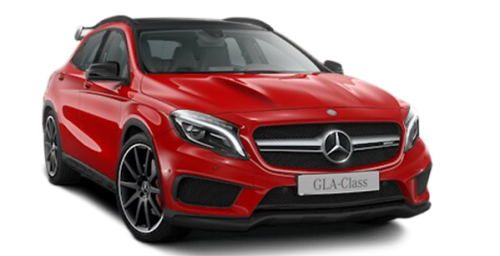 transmission tunnel running parallel on the floor, means it's strictly a four-seater. If you have to fit a fifth person, make sure his vital sensory organs aren't working. The luggage compartment is hilariously inadequate for a car that plans to sit in the 'crossover' segment - the spare wheel (which is a space-saver) takes away most of the flat base and you'd be able to fit two medium-sized suitcases with only enough space left to accommodate some small biscuit packets.

Then there's the more driver-oriented stuff. The steering, I felt, was rather big in size. For a cabin that's otherwise shaped beautifully, the steering wheel comes across as an unusually large decoration. A smaller-radius wheel would not only look good, but also feel better when driving. That said, the dash is quite smart and the seats are great to hold you well in place when you're being a hooligan around the bends. The GLA also comes with a lot of equipment. You get the usual array of safety features that include airbags (7 of them!), ASR, ABS, BAS, ESP and the works. There's also an iPad-type of an infotainment screen - it looks somewhat of an afterthought though. 18-inch wheels are standard across the model range and 19-inchers will be on the options-list.